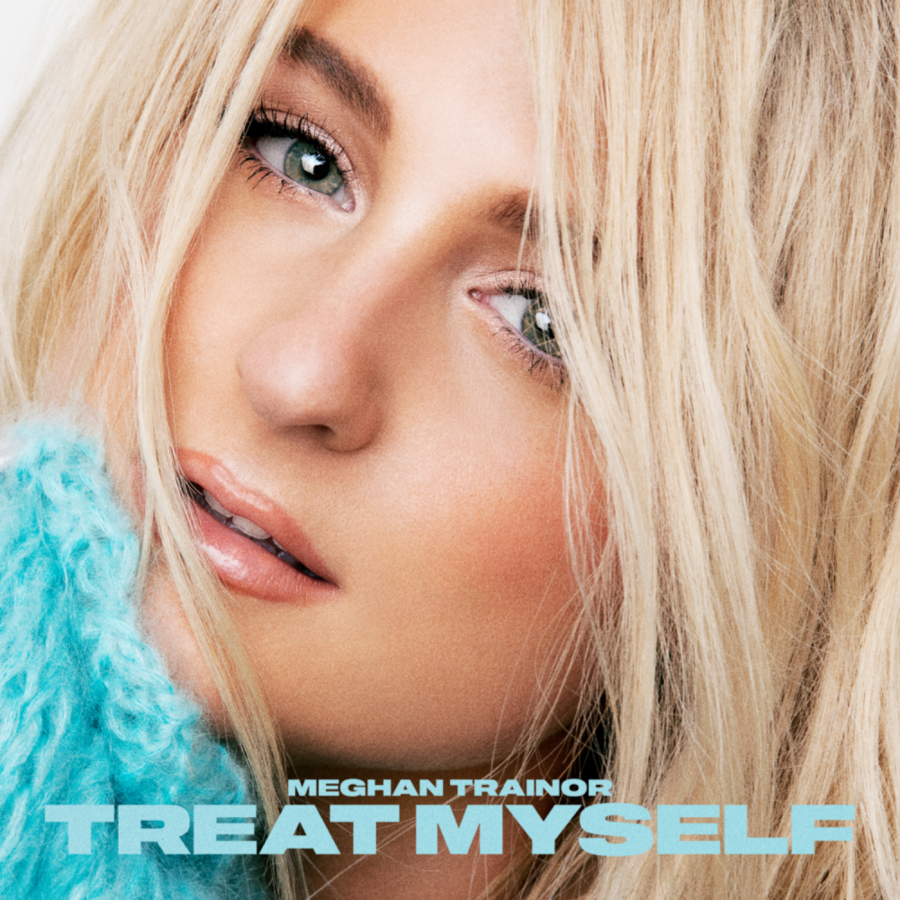 In 2013, she began writing songs for prominent pop and country stars, such as American singer-songwriter and musician Hunter Hayes and Australian singer-songwriter Sia, before signing to Epic Records and releasing her debut single, “All About That Bass”, in June 2014.

The song became a viral hit due to its throwback style and empowering message concerning female body image — Trainor is known for her 1950s and 60s-influenced tracks about girl power — peaking at #1 on the Billboard Hot 100 and launching her into mainstream stardom.

She dropped her debut EP, Title, in September 2014 as the prelude to her debut major-label album of the same name, which followed in January 2015 and earned her even more success with the hit singles “Lips Are Movin’” and “Like I’m Gonna Lose You” with American singer-songwriter and actor John Legend, and her second album, Thank You, was released in May 2016 and spawned the moderately successful singles “NO” and “Me Too”.

In March 2018, she released “No Excuses” as the lead single from her then-upcoming third studio album, TREAT MYSELF. The record was originally scheduled to be released later that August, but due to Trainor’s desire to add more songs, it was delayed until January 2019 and then again indefinitely.

To make up for the delay, she released her second EP, THE LOVE TRAIN, in February 2019 — a collection of love-themed outtakes from TREAT MYSELF that were inspired by her marriage to American actor Daryl Sabara in December 2018 that includes the scrapped TREAT MYSELF promotional single “ALL THE WAYS”, which dropped the previous June.

For the rest of 2019, she put out a series of singles, both from the album and for various movie soundtracks, in addition to appearing as a featured artist on numerous other tracks until TREAT MYSELF finally arrived in late January.

According to Trainor in an interview with Billboard, while it was originally inspired by “big” anthemic pop tracks like American singer-songwriter and pop princess Britney Spears’ 2000 hit “Stronger”, TREAT MYSELF was designed to be a “pop record that feels relevant in an era when hip-hop reigns”, and after writing “four albums worth of material”, the result is a glimmering pop record infused with elements of funk and disco that’s largely focused around self-empowerment.

“No Excuses” is a funky banger that sees Trainor clapping back against haters and bullies, and the third single, “Nice to Meet Ya” with Trinidadian rapper and singer-songwriter Nicki Minaj, is a powerful self-love anthem with a strong feminist sentiment conveyed through its music video, as the pair establish their dominance over arrogant businessmen.

More understated tracks like “Babygirl” and the third promotional single, “Workin’ on It” with Canadian singer and actress Lennon Stella and American singer-songwriter Sasha Sloan, are tearful confessions of how it’s not always easy to love yourself, and Trainor uses her personal experience of this subject to uplift the listener as well as herself.

Love also constitutes a large portion of the record’s lyrical content, with beautiful ballads like “After You” with American singer-songwriter AJ Mitchell and cute bops like “Have You Now” showing the devotion and passion that Trainor has for her husband and one true love.

The TREAT MYSELF era isn’t all bliss, however, as the delays severely impacted its commercial performance.

After Thank You, Trainor lost some of the momentum she had from her debut due to a change in musical direction from 60s doo-wop to a more pop-oriented sound that was off-putting to the general public, but she was able to regain her footing when she dropped “No Excuses”, as the song was considered by many to be a return to her signature style, and had TREAT MYSELF arrived on time, she would’ve likely been able to keep it.

Unfortunately, any momentum that she had left was lost in the delays, and it’s going to be tough to get it back.

She’s also become the butt of the joke on social media, which doesn’t help either, as the mainstream is beginning to severely undermine her talent. Thankfully, TREAT MYSELF is a solid body of work, and Meghan Trainor still has a chance to regain her status as a major pop star.

TREAT MYSELF is available now across all online and streaming platforms.

UPDATE: In July 2020, TREAT MYSELF was expanded with five additional tracks, including the brand new single, “Make You Dance”.

Stream TREAT MYSELF on Spotify: https://open.spotify.com/album/745q70iMPQHWqjGzHeseBp?si=QnRLIydHQkyjXIRw92txBg

Watch the music video for “Nice to Meet Ya”: https://www.youtube.com/watch?v=MRvKL8FnrtU