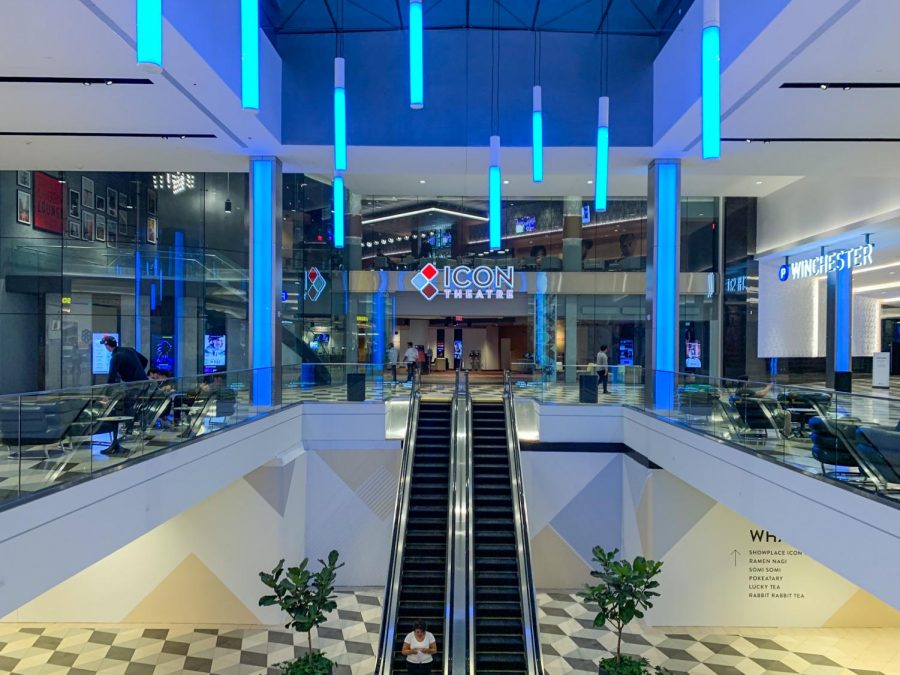 As the age of retail changes, especially in the Bay Area, there is a change in how brick-and-mortar malls are being revitalized. Entertainment, experiences, fitness centers, movie theaters, open spaces, and supermarkets are being added to the recently new, yet old pieces of real estate in order to get more people into these malls, or well shopping centers, as we refer them in the modern age.

I was recently invited to a preview of the new expansion of the shopping center on Wednesday, March 5, 2020, where I got to preview the upcoming addition into an already successful mall who has recently adapted to the changing market. The online sector has not affected Westfield Valley Fair as it became California’s second-most grossing mall in terms of revenue making $900 million annually and the unofficial flagship mall of the Bay Area.

As I entered into the new $1.1 billion expansion of the mall with another group of visitors, presumably the San Jose Mercury News, we ventured on a tour with the shopping center’s senior general manager, Sue Newsom, where we oversaw employees completing finishing touches, talking with a wide range of managers and presidents of the project and specific stores on the site, and touring new stores like the flagship Bloomingdale’s, digital brands’ storefronts, and an open-air component to the center as they become more popular with a great example shown across the street at Santana Row.

“With the skylights and the glass everywhere, it makes you feel like you’re in an airport and like you’re outside until you’re out onto our open-air district,” said Sue Newsom. The inspiration for the center was inspired by the always-pleasant California weather and the idea of being ‘transparent’ as there’s glass almost everywhere.

Westfield Valley Fair is a great example of having pilot stores to see the forecast for an upcoming brand or retail concept as many brands rather start here than in San Francisco’s Union Square as there are showing signs present in the city.

Cole Haan hosts a new concept known as the GRANDSHØP where they utilize technology like NFC communication to look at product inventory and emphasize new technology being utilized in their shoes. Urban Outfitters is also using technology that may seem familiar but unknown to malls, such as self-checkout.

With being in Silicon Valley, there always needs to be new technology at hands-on use such as the creation of a ‘digital district’ where online stores find a brick-and-motor storefront at the forefront of tech workers including brands, yet to be discovered such as Ghost Democracy, store offering ‘clean’ skincare, We The People, store with Kickstarter projects, among the likes in the making. A funny thing on how the stores were turned from online into actual storefronts, was through Google and Instagram searches where the mall and its parent group looked at research regarding interesting and unconventional brands that would enter the market, similar to how we would research brands based on their look and recognition.

Westfield Valley Fair has been the place for stores to experiment through Macy’s STORY concept to unconventional brands such as Korean eyewear store, Gentle Monster to the watch brand on everyone’s Instagram, Daniel Wellington and the sneaker brand who’s a famed sneaker is an Italian-made worn and beat-up shoe, Golden Goose Deluxe Brand.

The mall has also been great at combining luxury and middle-end retailers through an expansion of Tiffany & Co. to a Gucci store relocating from Santana Row, across the street — as well as having Forever 21, Hollister Co., to Shoe Palace and Vans in the mix.

There is also the addition of Lucid Motors and Dyson, relatively new names attached to the whole experience of going to the mall. Lucid Motors will open one of their first few showrooms at the center having a similar direct-to-consumer concept to Tesla as they are also a luxury electric car company. Dyson will open their second store in the Bay Area where you can experience their devices such as the well-known vacuum and beauty-related products, which you don’t expect to do when you go shopping at the mall.

The shopping center has been focusing on other experiences to generate more people getting out of their homes into the center. Westfield Valley Fair added a luxury movie theater about a year ago known as Showplace ICON Theatre with recliners, a similar experience to a local theater in our area at The Veranda in Concord.

Dining is also another experience that Westfield Valley Fair hopes to draw more people in; through the creation of an Asian Food Court, Outdoor Restaurant Collection, and the first Eataly in Northern California, in addition to their existing dining options on their Dining Terrace such as Super Duper Burgers, Chipotle, to Ramen Nagi, SomiSomi, to Mastro’s Steakhouse, and King’s Fish House.

‘Instagrammable’ moments are also being added to the newly opened expansion as a way to draw visitors into the mall and post about it on their social media to inspire more and more to enter the mall.

The center launched a rewards program called, Westfield Rewards, where your purchase at the center goes towards rewards like $25 (of course, you have to spend, in order to earn) in order to attract more people to visit the shopping center.

In addition to the new mix of stores, Westfield Valley Fair has added Forward and other wellness options. Forward is probably the most interesting part that is being added to the shopping center as it is a membership preventative doctor’s office where you pay $149 a month to get unlimited doctor visits in addition to services that you already see in a doctor’s office at perhaps Kaiser, such as a pharmacy, blood tests, testing for other health-related issues, and access to 24/7 remote care. OrangeTheory Fitness and Peloton will be added to the line up as their focus on wellness initiatives. Now, you’ll have another reason to go to the mall besides shopping, but instead to work out or visit the doctor.

Westfield Valley Fair is essentially the model prime example at gathering consumer-data within the Bay Area through utilizing new retail concepts and experiences.