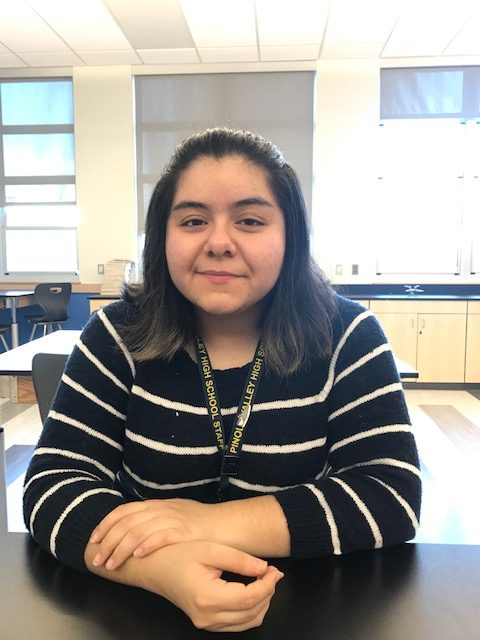 Ms. Bravo teaches Biology and Chemistry here at Pinole Valley High School. Her hobbies outside of school include reading fiction books and binge-watching different kinds of shows on Netflix. Bravo went to college at UC Berkeley. She said that one of the reasons why she went there was because “it was close to me and even though I was close I wanted to live on campus to get the full college experience. She said that going to UC was one of the reasons she became a teacher. Ms.Bravo joined a program called Cal Teach and that’s where she became a teacher. Before she got her teaching degree she was a premed major and she said that “I still might go back and get my masters degree”.

Ms.Bravo recommends that students should “liv(e) on campus for your first year of college.” Another thing she recommends is that you try “summer classes which are courses that you take during the summer and you could travel.”

Something else about her is that a lot of her family were teachers so that’s why she got into teaching. I asked her what she liked about being a teacher she said that “she enjoys hanging out with students and dealing with them.” I also asked her what she didn’t like about being a teacher and her response was “ I don’t like the classroom behavior, especially when they are younger that don’t behave, or they don’t act like high schoolers, but aside from that, that’s one of the only negatives.”