The 3 Massive Fires in California 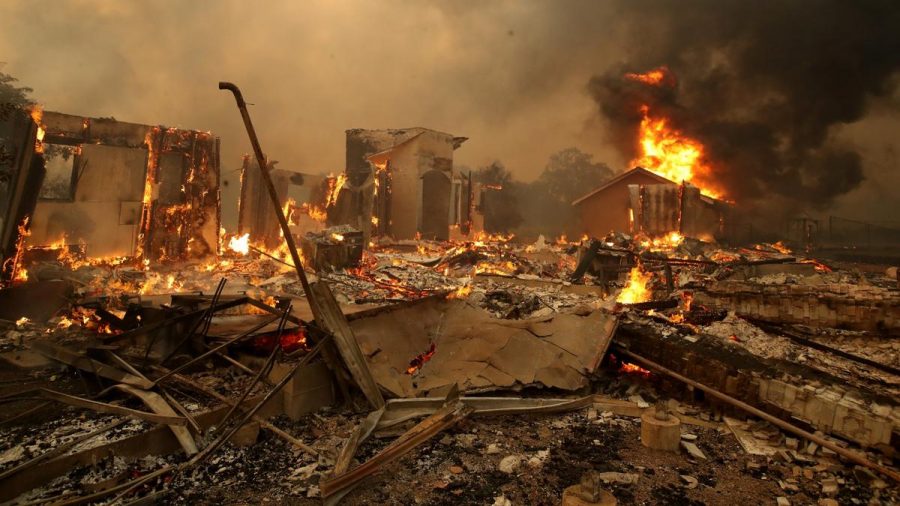 Destruction of the massive Kincade Fire in Sonoma County

There have been many fires this year but right now there are two massive fires that are active and two which have recently been put out. The Vallejo Fire in Carquinez Bridge, Kincade Fire in Sonoma and The Getty Fires in Los Angeles.

The Vallejo Fire broke out on Sunday at 9:30 pm which shut down Interstate 80 and causing evacuation in a University. The fire also caused residents in Crockett to evacuate but then lifted hours later. The fire started across the Carquinez Strait. The fire caused three alarms to happen and by 1:30 pm the firefighters had contained 50%. A few hours later the fire had been put out.

The Kincade fire started burning at 9:24 pm on October 23. The Kincade fire has currently burned 76,825 acres but only 30% of the fire has been contained. The fire has threatened about 90,000 buildings and has caused evacuations in Sonoma County including communities in Geyserville, Healdsburg, and Windsor. The Kincade fire is the largest of 2019 California wildfire season.

The Getty Fire erupted last Monday morning and was caused by a tree branch hitting a power line. The Getty fire has already burned more than 656 acres and has caused evacuations to 7,091 homes. The fire is currently 66% contained as of last Friday. The Getty Fire is the fourth largest fire to hit Los Angeles. The utility crew has clear brushed and trimmed 248 trees so the incident wouldn’t happen again.