What is the School to Prison Pipeline? 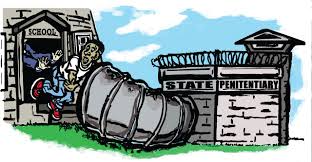 The school to prison pipeline is said to only be a theory, but I’m here to explain to you that this is far from a theory, but instead an unjust reality. The School to Prison Pipeline is the educational system, connected to the juvenile system and disproportionately affects the African American and Latino populations. This begins as soon as we enroll in school, and yes, that means as a preschooler. African Americans and Latinos are usually disciplined in a harsher way than White and Asian students. It arises from low expectations, low academic achievement, incorrect referrals, and overly harsh discipline including, being suspended, expelled, referred to law enforcement, arrested and treated in the juvenile justice system.

As people of color(POC), we are expected to fail, which is where low expectations come in. What usually happens to us as children in school is we make mistakes and get in trouble. As little kids, we are just starting to learn right from wrong and are usually taught these things, but POC usually get treated with immediate consequences. If we grow up being disciplined by not being allowed to go to school and getting in trouble, the more likely it is that that is all we are going to be thinking about, not how we are doing at school, doing well on our work but about how not to get in trouble that day, which will eventually be a problem for young children mentally. Children who are suspended at a young age are more likely to keep doing it and eventually end up having behavior issues as they get older. What’s actually going on here though, is the educational system is holding us back from reaching our full potential as students. Its common sense, if we’re constantly getting in trouble, yelled at and disciplined over minor problems, there’s gonna be some type of negative effects. Meanwhile, White and Asian students get treated with more patience or are almost always seen as the victim. They have the mental capacity to reach their full potential because they’re not always worrying about what they’re doing wrong or what the teacher is gonna say about their every move, they’re able to focus on what actually matters. 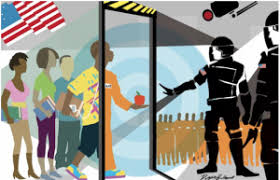 The zero-tolerance policy has gotten stricter and stricter through the years and is resulting in more suspensions, expulsions and even in school arrests. As you start getting older and enter middle school and high school, that’s when it really starts affecting students. Most schools don’t have yard monitors but, instead, have cops on campus. So if you end up getting in trouble, instead of getting sent to the principles office, you’re forced to talk to the officers which could then result in on-campus arrest. Even over minor offenses. As for the White and Asian students, they don’t get the same type of treatment. POC and kids with disabilities are disproportionally affected. According to an article on The Washington Post, Black students faced greater rates of suspension, expulsion, and arrest than their white classmates, according to federal data released Tuesday, disparities that have widened despite efforts to fix them. These kids are three times more likely to get suspend or expelled and for kids with disabilities, two times more likely to get out of school suspension. This isn’t because they are bad students. The Justice Department found that African American and Latino students get harsher punishments than their white classmates for doing the same thing.