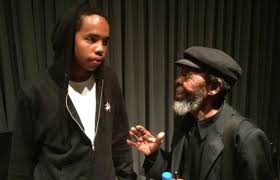 On January 3rd, Keorapetse Kgositsile died at Park Town, South Africa. Keorapetse was a poet and political activist throughout his time. In America he drew closer to jazz. He strongly believed that anyone could find peace and harmony through music. He won many awards, his last one was in 2006 it was the OIS reward for his strong movement of literature. He had a total of 2 wives and a partner named Cheryl Harris, a law professor at UCLA. Keorapetse has 3 kids, 2 of them live outside the US, and one lives in LA named Thebe. Known by his stage name Earl Sweatshirt. Keorapetse left Earl when he was 7, Earl shows on his Doris and I Don’t Go Outside Albums. They show bits of hate towards how he felt when his father left him. But his father made a poem to his son called “Random Notes to My Son.” Earl has been taking on twitter to say thank you to his fans for all the support. Rip Keorapetse William Kgositsile, Bra Willie