Fighting Injustice with an Asterisk 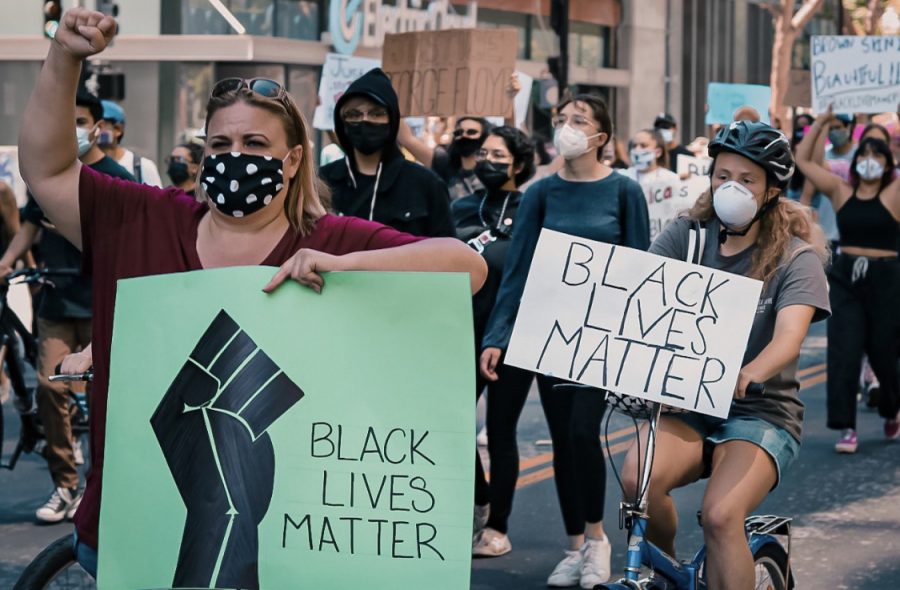 Across the nation and even the world, injustice is being depicted. George Floyd’s brutal death sparked the movement across the nation and the world for the name, in the means of fighting the injustice found in our cities and in through government. There needs to be a call of action against injustice in our communities. Despite the many deaths fallen beforehand, Floyd’s death was only the beginning of what is to come against the actions that should have never occurred in the first place. It is appalling to hear and see Floyd’s death in something that should have never occurred. Yet, this was only a few of the deaths that occur as a result of unnecessary violence.

In the political and social climate of today, we as individuals within our communities need to stand up for what is currently ongoing. We are the new generation, who are able to make a change in our communities. While we may not be able to go to protests and speak up, we can speak up through the power we all hold–through our phones and social media. Spreading the message and information will allow for this attention and news to hit the streets and hit our minds, and have it say click in our minds. We are also able to speak up to our local lawmakers and politicians who can institute change within our communities as they have a responsibility to uphold the values placed within our underserved communities.

While I try to stay uninvolved in political action, it does more harm to sit idly and not do anything in current situations like today. As a matter of fact, protests are still going on as there is injustice across the nation and it is an ongoing battle as we see the same results popup across the world, and as a result, the people have to speak up, one way or another.

No one can afford to stay silent, not even businesses today. The majority have to take a side. You have stores such as Louis Vuitton and Nordstrom speaking out and saying Black Lives Matter. Which is unheard of from companies of this scale, who usually stay silent in situations like these. However, it is 2020, and the longer you stay silent, the more it takes a toll on the message being placed across the world, Justice for George Floyd.

In my AP US Government class, we read a Letter from a Birmingham Jail, written by Martin Luther King, Jr., in which he states that “(i)njustice anywhere is a threat to justice everywhere,” and “(y)ou deplore the demonstrations taking place in Birmingham. But your statement, I am sorry to say, fails to express a similar concern for the conditions that brought about the demonstrations. I am sure that none of you would want to rest content with the superficial kind of social analysis that deals merely with effects and does not grapple with underlying causes. It is unfortunate that demonstrations are taking place in Birmingham, but it is even more unfortunate that the city’s white power structure left the Negro community with no alternative.” This is heart falling to know that King’s words need to be used today as generations have been left empty as change on this level still has not been implemented.